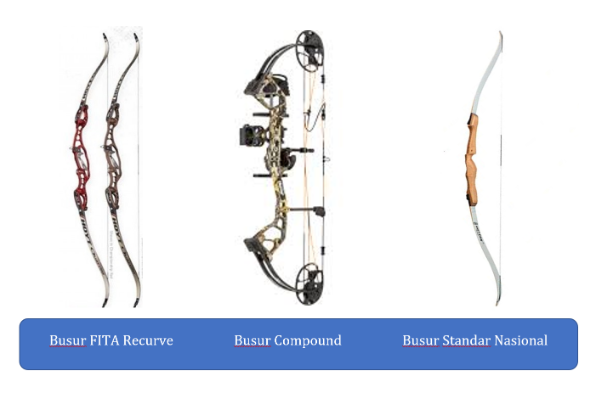 Hello MORA Friends, how are you all?

This time, let's have some chat about archery, shall we. Y'all already know archery, aren't you?
You must've already known Robin Hood, Katniss Everdeen The Hunger Games, Legolas Lord of The Ring dan Hawkeye The Avengers, right?

Did you ever paid more attention, that the bow being used by Robin, Katniss, Legolas and Hawkeye, have different types? If you even watched various versions of Robin Hod, you’ll find that they don’t use the same type of bow. There’s a version using a long straight bow, usually called “longbow”, and also a version using traditional bow such as those used by the Mongolian or Turkish troops.

Well, turns out bow comes in many forms. MORA Friends, aren’t you curious?

Let’s talk about various forms of bow. Coz there are quite a few, probably our discussion will be continued to another session. For now, let’s start our discussion from types of bow commonly used for standard competition. Let’s start, shall we?

This type of bow is the type that often used by the archery enthusiasts, especially for beginners and future athletes. This bow is consisted of three parts, riser or the handle where the hand holds the bow, and a pair of limbs that are mounted at the upper and lower part of the riser, plus a string.

The riser or handle usually is made of wood and the limbs also made of wood, padded with fiberglass, while the string is usually made from dacron. The pair of limbs are mounted to the riser using matching bolts.

Recurve FITA Bows have the basic form factor as National Standard Bows, but using different materials. The riser is made of metal, usually aluminium, or carbon, and the limbs usually are made of wood, bamboo or foam, padded with fiberglass or carbon. Another difference with national standard bows, is that the FITA bow’s limbs aren’t mounted with bolts that are turned to tightened, rather the limbs are only slipped to the already installed bolts. The system is called ILF, or International Limb Fit.

This kind of bows, at a glance, have a form factor that is very much different to the previous kinds. Although actually the basic components are just the same. All of the bow are consisted of riser/handle, a pair of limbs mounted at the upper and lower part of the riser/handle and string. The main difference is only at the mechanism. Compound bows used pulleys or a kind of roller at the both end of the limbs. The mechanism is bring efficiency to the bow size, string length, power that is used to pull the string and the power to throw the arrow. Using the mechanism, compound bows are shorter than recurve bows, although the string length not very much different, but the throwing power is relatively higher than recurve bows.

Looking from the material, all of the compound bow, either the rise/handle, limbs or even the pulley, are made of metal, except for the string.

There they are, bows that commonly used for archery competitions, according to the archery federation of Indonesia. Next time, MORA Friends, we’ll continue the discussion to traditional bows. Stay tuned guys. Ciao….